The 1970s fashion was all about individuality and expression, so there was no rule in the game of fashion for this era. And because of their appearance and creativity, the decade witnessed the beginning of many trends. These trends still have their space in the fashion world today.

By the mid-70s, the fashion made way to a more casual style. Fitted t-shirts or printed shirts became very popular. Also, it was a period where more women were entering the workforce and hence led to the rise of more business styles.

Then, the late 70s fashion was all about disco. This style includes sequined dress or tops, tube tops, spandex shorts, slit skirts, and platform shoes.

Apart from the disco style, fashion during this period became more relaxed. Clothes had baggier silhouettes. And the color tone got more muted, like browns, grays, tan, light blues, etc.

Now let us dive in further into the 1970s fashion and find out the celebrities fashion style of this era.

Debbie Harry, who was the lead singer of the rock band Blondie, was envied by all for her cool and edgy look. She was the ideal It girl. Her fashion broke all boundaries. She had a very laid back style, with her messy hair and smoky eyes, making her an inspiration for all the rebellious teens.

One fashion piece that defined Debbie’s style was the thigh-high boots. She wears them best with super casual shirtdress, or with a skirt and a crop top, giving her an edgy and a bold look.

When it comes to accessories, she likes to keep it minimal and instead would let her bold makeup looks with her loud eyeshadow colors do the talking.

Debbie was more of a t-shirt and jeans girl, but she would often spice up her simple looks with bold colors, and bright prints. But one of her glam rock looks that has made a statement in the fashion industry till today was that of her single-sleeves styles or cut out dresses. 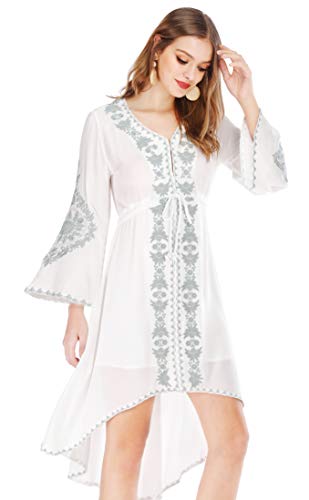 Bianca Jagger was one of the fashion icons in the 1970s and remains an inspiration until today. She had a sophisticated look. Her style includes off the shoulder dresses, nightgown dresses, with plunging necklines, and she never shied away from accessorizing it with turbans and chokers.

And for her wedding, she wore a white suit, which immediately became iconic. She was also best known for rocking menswear suits, which is still a huge trend today.

Farrah Fawcett, an actress and a model, was an icon of the 1970s fashion era, with her great sense of fashion and her signature hairstyle which is still accepted today. Farrah’s style was more casual, and relaxed everyday look. Throughout her time in the 1970s, she so conveniently sported flared trousers or bell-bottom pants. And would wear them with printed shirts or t-shirts, with loud patterns and bright colors.

Aside from her sporty looks, she loved wearing high-waisted jeans, jumpsuits, and pleated pants which is undoubtedly back in trend again.

Ali MacGraw was an actress and a model and a trendsetter with her distinctive style. She was one of the most popular fashion icons of the 1970s, with her unique mixture of preppy chic, bohemian, and vintage style. One of her looks that was marked throughout the era was her knitted hats, and striped scarves look.

Another essential style of Ali MacGraw’s was her Bohemian style with paisley patterns or bohemian printed dress or tops with billowing sleeves, worn with mini skirts and knee-high boots, and of course accessorizing it with crochet hats. 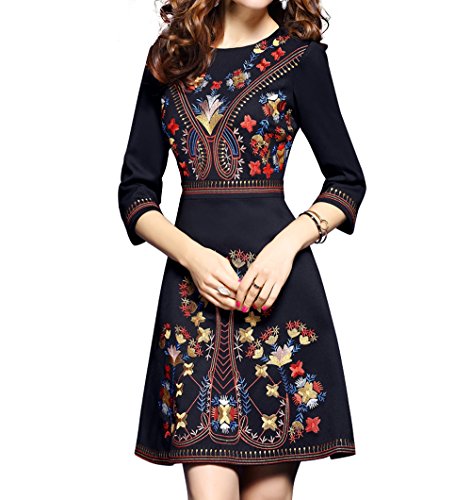 One word that defined Grace Jones’ fashion in the 1970s was FIERCE. She did not shy away from playing with her clothes. Grace Jones’ style ranges from sharped cut suits, one-pieces, to her exaggerated headgears. She was indeed famous for her bold features and her cross-sexual appearance.

Hence, you can see that the 1970s fashion had no top tier look. Clothes were mixed and matched. It was an era where people used fashion to express their personality. Ranging from the hippy, free-spirited style to the classy sequin, it is an era we keep coming back to.

Celebrities Dressing Style in The 1960s

The 1960s were one of the most stylish decades ever. After a decade of full skirts, belted cinched waists, many fashion traditions were broken, mirroring the social movements and the political changes in that period. It was an era of ...

1950s fashion was one of the most complex eras when it comes to fashion. The trend was colorful, exciting and diverse, with all-new silhouettes and different dressing style options to suit any body, irrespective of shapes and personalities. The 1950s ...

When it comes to Hollywood, we have has a lot of leading ladies over the past years. Even today, their iconic beauty and looks are seen as examples for the actress of the present time. So many different types of ...

We are team of passionate individuals who loves  vintage style all around us. “Sharing is caring“, so we are sharing our knowledge with you, dear visitor. Hope you will enjoy vintage as much as we do!